AuthorRichard YagueUpdated onJanuary 23, 2019June 19, 2020 CategoriesSinging Education11 Comments on What Are the Health Benefits of Singing – More Reason to Flex Your Vocal Cords

Singing has been a pleasurable pastime for many and there’s a reason for it. And there’s no real reason not to do it even if you have a bad voice. Apart from getting entertained, with music being the universal language, I was thinking, there must be some other important aspects to singing that we do not usually explore that causes the sudden switch to a totally different mood for those that are involved in it.

Professor Graham Welch is the Chair of Music Education at the Institute of Education, University of London. He spent 30 years studying the health merits of singing

What are the health benefits of singing? Let’s take a look.

It Prevents You from Getting Sick – Singing Strengthens Your Immune System 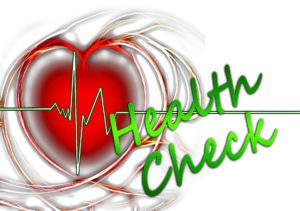 In a study done in the University of Frankfurt, several choir members had their blood tested before and after an hour-long of singing Mozart’s Requiem. In a majority of the cases, the immunoglobulin A levels of several participants increased. Sure, we don’t hear this word in our daily conversation, but if you look it up on Google, what an amazing truth for singers.

Immunoglobulin A is a type of antibody that fights off sickness. Also, called IgA, a deficiency in this antibody can lead to asthma and allergies. IgA is something that our body produces each day and makes up to 15% of all the types of immunoglobulins found in the human body.

It often measured to diagnose patients who have problems in the intestines, kidneys, and those who have auto-immune illnesses such as rheumatoid arthritis, celiac disease, and lupus.

In the choir members, it was noted that the IgA levels increased right after the rehearsals. However, the same effect was not seen when the members merely listened to songs. Of course, we want to know more, further details about the study can be found here. 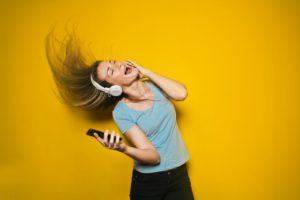 It Keeps You Happy – Sing to Fight Depression

Depression is taking its toll over many lives and it’s a very sad thing. A simple hum or tune in your head might be a temporary or even a permanent remedy if you allow it to be. The following is a more serious discussion, but if you’re in this dilemma, please keep reading.

The act of singing releases endorphins. These are also called happy hormones that give us a natural high. Endorphins are neuro-transmitters or chemicals that transmit signal from one neuron to the next. They come from different parts of the body and have several functions, one of which is to block pain.

Another function of the endorphin is to elevate our moods, and this is why we get pleasurable feelings when our bodies produce them. Usually, we get an endorphin rush when we exercise, have sex, or do things that we love doing.

Furthermore, since endorphin is a hormone, the hypothalamus is responsible for its production. The hypothalamus is the command center of the endocrine system. It tells the body when and when not to produce hormones. It also manages pain.

Studies show that there is a tiny part of our ears that respond to different frequencies as we sing. It is the sacculus. What it does is to respond with pleasure, even if you are tone-deaf. This is because the sacculus is connected to what is called a vestibular system, which is connected to our hypothalamus.

Since the hypothalamus is the area of the brain that processes our drives like sex and hunger, it listens to what the sacculus has to say.

Whew! That was a bit heavy, right? But, think of what you’re getting out of singing your heart out and you’re not even aware of it. You’re wondering why something is taking your breath away while singing and even after the fact. That’s very cool. You might want to record your song to extend the fun!

I had those feelings myself even before I plan to do some singing, before going to a choir rehearsal, a karaoke singing, or when I’m thinking of rehearsing songs for a gig.  Just the thought of singing makes you sense those feelings, how much more when you actually do it. In fact, I have those right now while I write these words. It’s remarkable!

It Keeps Your Numbers Low – Sing to Reduce Blood Pressure 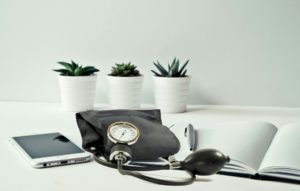 Yeah, I know. Even mine is occasionally a bit higher than I want to and pretty alarming at times. I better keep singing more consistently, I suppose.

Do you know that research shows that singing can reduce anxiety and stress? Both of which can cause elevated blood pressure.

Listen to this: In a recent report, a 76-year old woman went through severe hypertension in a hospital before her operation. When the drugs did not work, the woman asked if she could sing, to which the hospital staff agreed.

As a member of the Seventh Day Adventist Church, she sang in the choir. In the hospital, she started to sing choir songs, after which her blood pressure dropped dramatically. Before she sang, her blood pressure was at 240/120, but this reduced to 180/90 after singing.

Sure, I’d try that myself anytime, it’s very simple to do. In another post, I will let you know my results, or I’ll just come back and edit this article.

What happens when we sing is that the endorphins and the immune systems worked together to reduce the blood pressure. Since you are eliminating stress and anxiety by singing, you are also taking away two potential causes of hypertension. This is good news to those who sing often.

Not to mention that you can gravitate your friends and family members intact by showing your videos or audio recordings of your songs in social media.

Start Singing Now – Get Healthier Sooner Than You Think

As these three studies show, there is a correlation between some aspects of our health and singing. And this correlation is positive in the sense that the activity produces hormones and results that are good for our physical, mental, and emotional well-being. Click here to start singing right away for your physical and psychological benefits.

What do you think of these discoveries? You can test it out for yourself and let me know what you find out. Please leave your comments or questions below and I’ll make sure to get back to you as soon as I can.